Trocchi meets Guy Debord in Paris in 1955,  and joins the Internationale Situationniste in 1958. In 1960, he publishes Cain’s book, which offers an apology of drugs and particularly heroin. For this, he was arrested in the United States, which led the Situationists to publish the leaflet Hands off Alexander Trocchi! in October 1960. Trocchi then returns to Europe and becomes part of the editing committee of Internationale Situationniste in 1963. The next year, he launches Project Sigma (more below), which leads to a break with Debord and the SI.

With Project Sigma, Trocchi tried to establish an international network of countercultural activism largely focused on socially-based institutions perceived as limiting free expression such as the media, universities, and workplaces. For more about Sigma, see http://realitysandwich.com/128311/alexander_trocchi_project_sigma/ and http://omeka.wustl.edu/omeka/items/show/9588

The most important of the Sigma folios, Insurrection of a million minds calls for a cultural revolution which “must seize the grids of expression and the power-houses of the mind” and proposes the creation of an international ‘spontaneous university’ “as the possible detonator of the invisible insurrection. 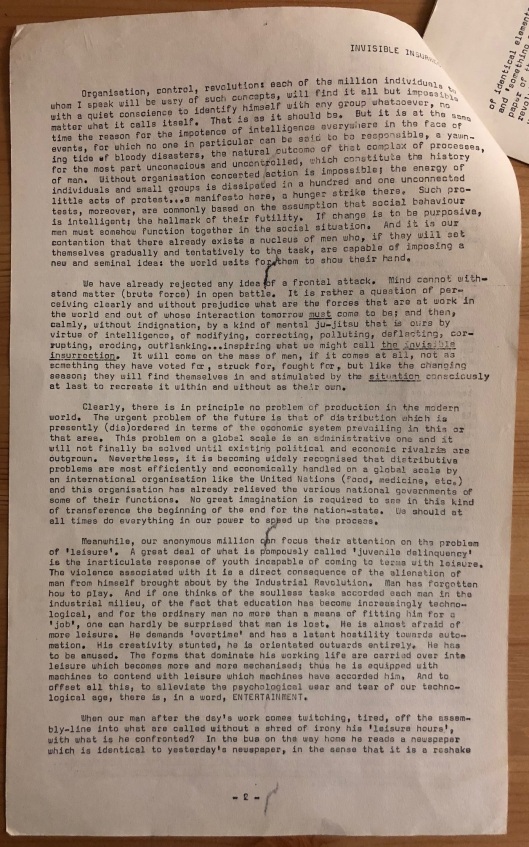 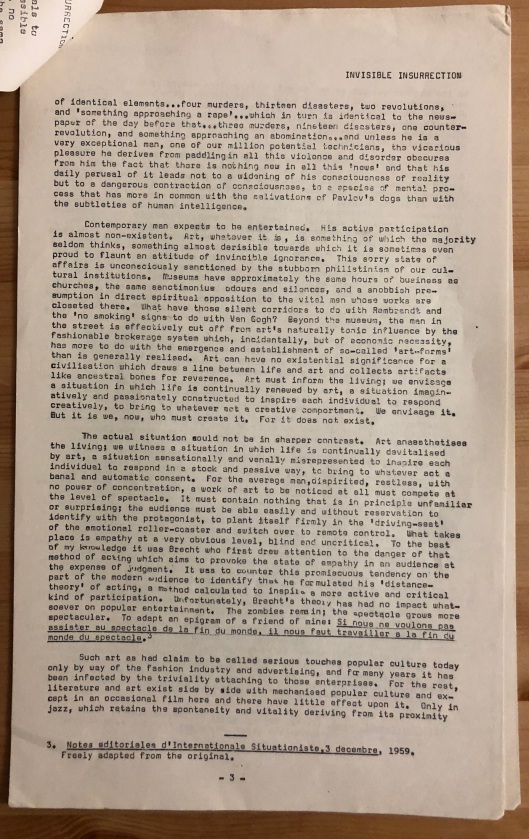 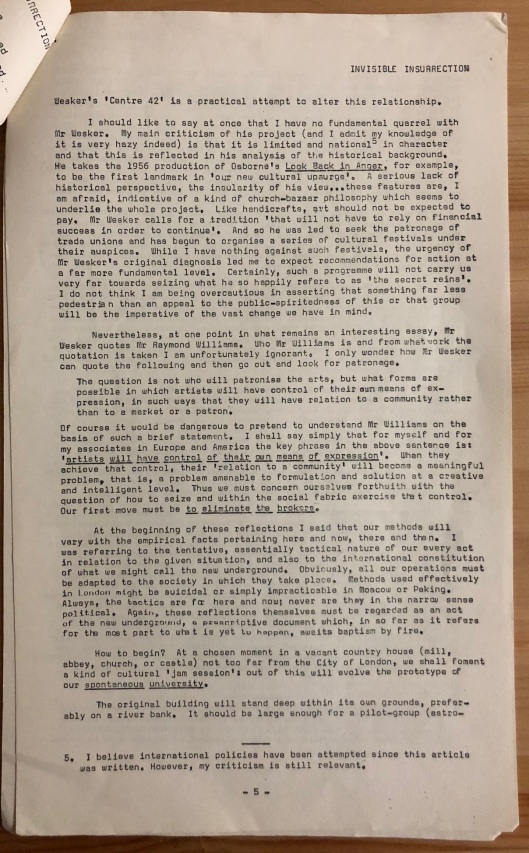 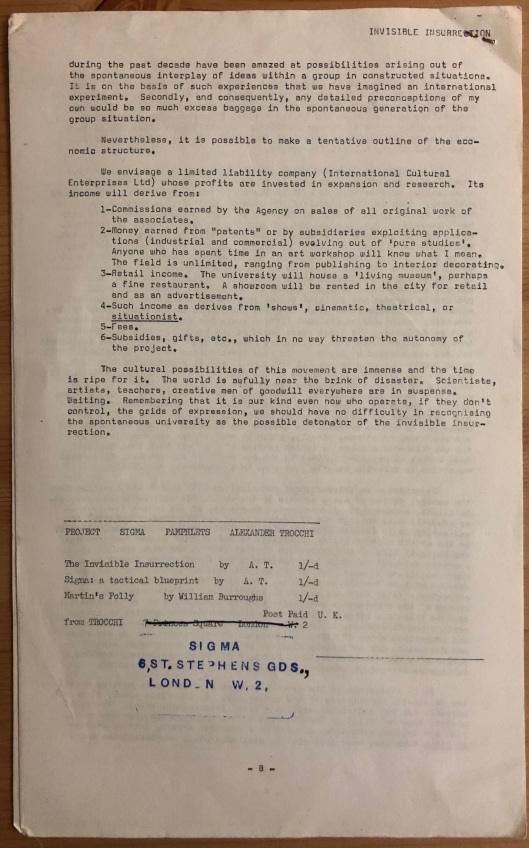