Facsimile reprint of the 1969 free broadside by Ron Hunt, which relates to the Poetry must be made by all! / Transform the world! exhibition that was held in the Moderna Museet, Stockholm in 1969. Ron Hunt explains: “The gallery itself was a space for people to gather and discuss revolutionary ideas, which was Hulten’s idea…The Black Panthers were there, they were in exile in Stockholm. There was also a left wing bookshop in Stockholm, it was another of Hulten’s ideas to ask them in and to let them set up in the middle of the show. There were lectures on May’68 and theatre groups etc. I designed the poster for the exhibition with a detourned Brigitte Bardot and Hulten designed the catalogue. (I’d also done a free broadsheet called Interview with BB, which I was fond of.)” (Interview with Ron Hunt in Bricks from the Kiln #1, December 2015).

The broadside consists of a detourned image of Brigitte Bardot on one side, and a fictional interview with the actress (where she discusses May 68 and the Situationists) as well as a comic strip about unruly children on the other side.

We locate no OCLC copy, though there is a copy in the collection of Andrew Burgin (see Tanya Loi, We Make Revolution in Our Spare Time: The history and legacy of the Situationist International, 2019). 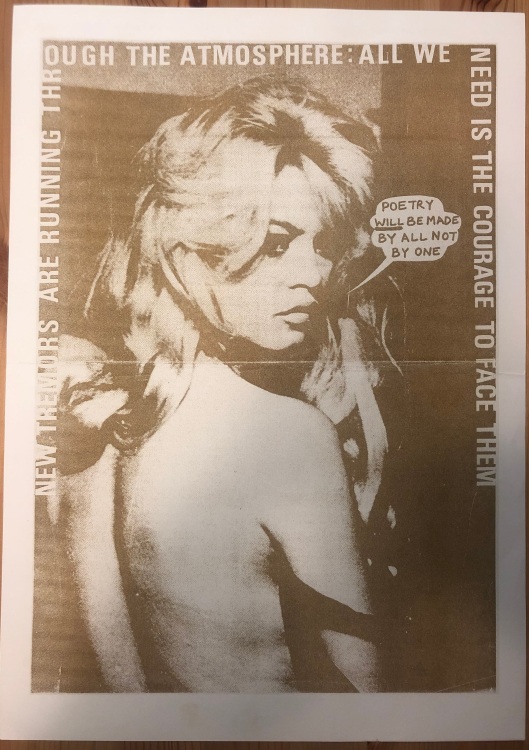 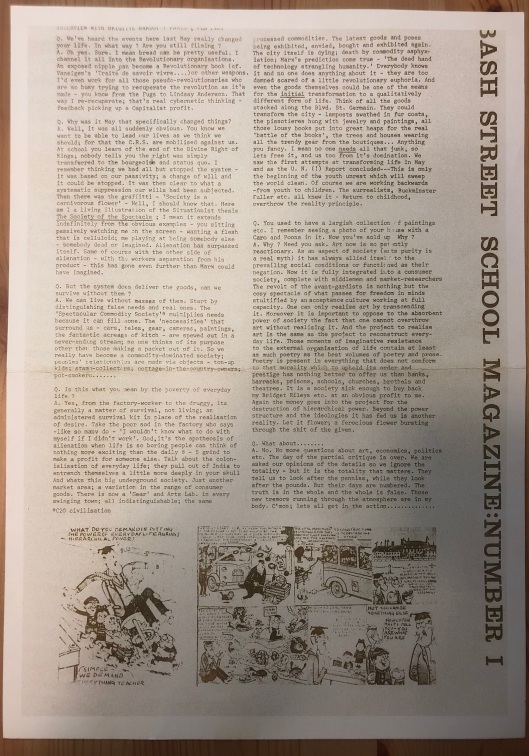 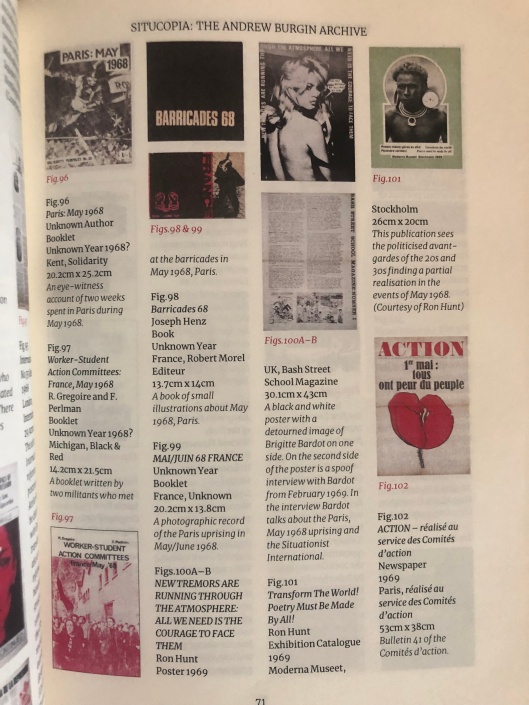