Little is known about this spectacularly visual poster. It offer a critical commentary on the Lancaster Student Occupation, which allows us to date it back to the early 1970s. This situ-style detournement of “Bash Street” comics suggests it could have been produced by Ron Hunt or members of King Mob (the language is very similar to the Bash Street Kids to go the Sit-in leaflet, which we posted about early this week) but we are not altogether certain). Readers with more information should contact us

“The occupation was very feeble qualitatively. Imagination was at a low bar. ‘Politics’ was in charge. People sat on their arses listening to people talking (a la J.C.R or seminar group or lecture) rather than extending themselves as far as the creative social imagination could reach; thus a good opportunity for a collective celebration was lost due to basically sexual timidity and deferential respect for property and persons, two major blocks to the realisation of the human imagination in life”

We do no locate copies on OCLC or in the trade 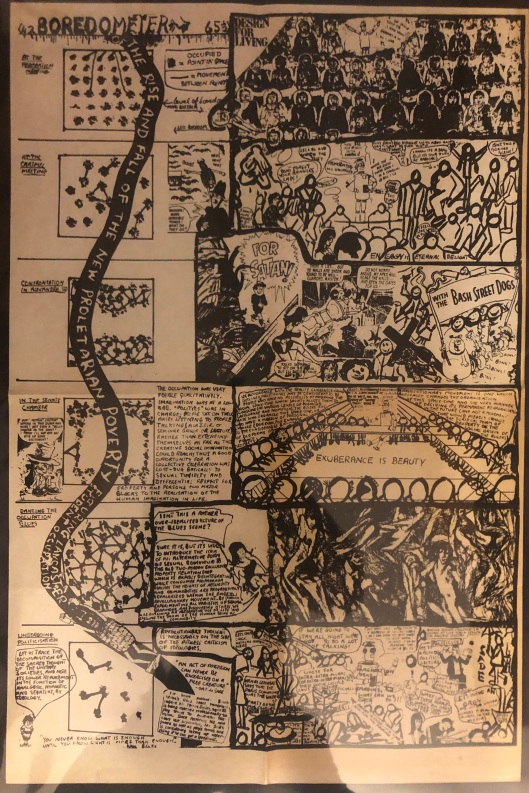