Printed at the Poster Workshop in London. “[King Mob] publications often took the form of détourné pop-cultural images, such as the poster Luddites 69, in which Andy Capp, the stereotypical northern working-class cartoon character, shoots policemen, below a text reproduced from a nineteenth-century Luddite broadside: ‘I ham going to informe you that theers six thousand me cuming to you sooon and then we will goe and blow up all about hus, labring peple cant stand it no longer…’ Elsewhere, The Beano’s Bash Street Kids rag their teacher, who asks: ‘What do you demand in pitting the power of everyday life against hierarchical power?’ ‘Simple,’ respond the kids, ‘we demand everything, teacher!’” (Tate Museum)

We located copies at the Tate Museum (King Mob collection) and at Yale’s Beinecke Library. 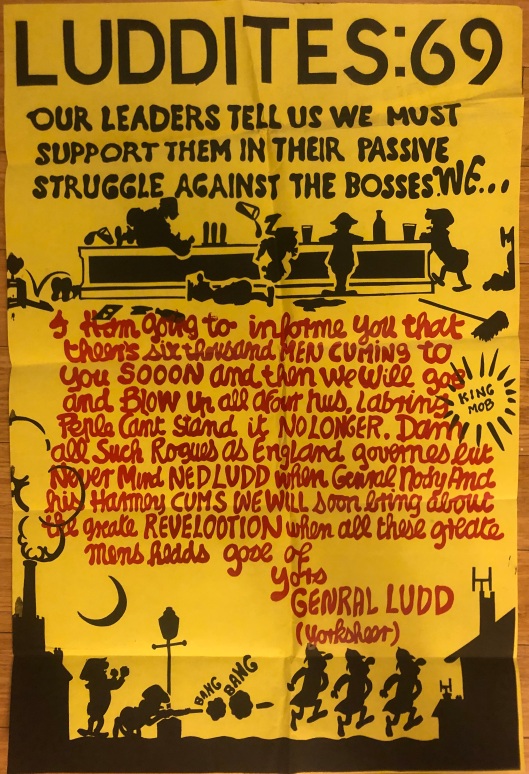