Original edition of this iconic map that slightly predates the foundation of the Internationale Situationniste in July 1957. Released on the occasion of the Fourth Congress of the Mouvement International pour un Bauhaus Imaginiste (M.I.B.I) as an illustration of the theory of the derive. The title is borrowed from Jules Dassin’s eponymous film noir, released in 1948, which was itself a reference to Weegee’s first book of photographs on New York city (1945).

“One of the first results to come out of the collaboration between Debord and Jorn…Illustrating the notion of psychogeography. Each preserved part of the city had some sort of sentimental value attached to them. The maps also worked as a guide to the forgotten or overlooked parts of Paris, that were yet awaiting to be hit by the forces of capitalism.” (Christian Nolle). “On the Paris’ map edited in May 1957 by the MI.B.I., the arrows represent the links between the different units of ambiance; that is to say, the spontaneous guiding tendencies of a subject that crosses through this milieu without practical considerations (such as work or leisure) that usually guide his behavior” (Quatrieme Experience du M.I.B.I in Documents Relatifs a la Fondation de l’Internationale Situationniste, translation is mine)

The print run is unknown, but surviving copies in sheets are extremely scarce since most had their margins significantly trimmed to be inserted in Asger Jorn’s Pour la Forme in 1958. We find only two copies on OCLC (Columbia and Yale). 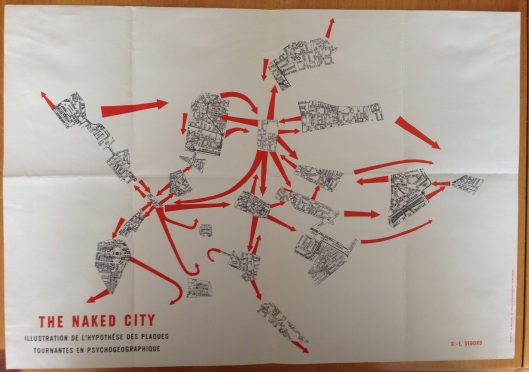 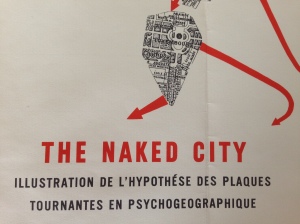 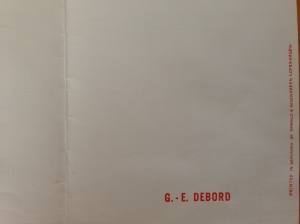 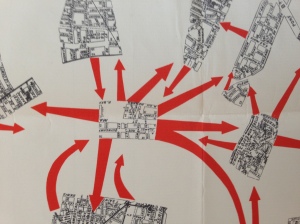 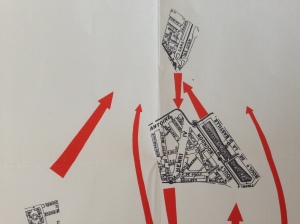 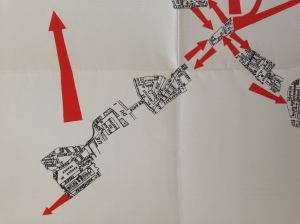